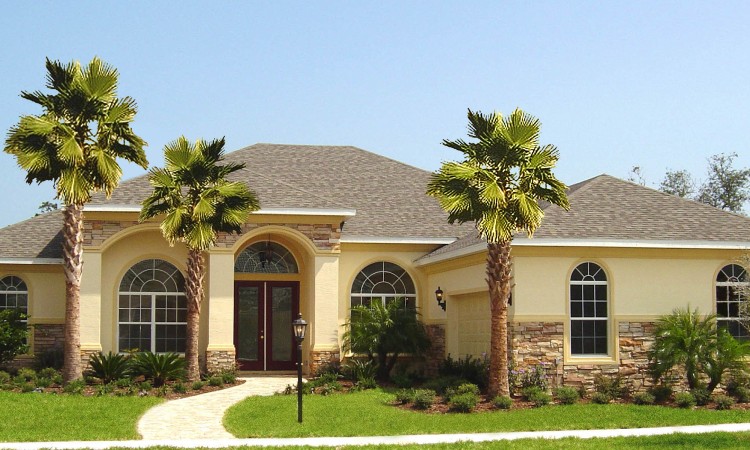 The majority of people always shop price verse quality, you may ask yourself such questions as; “Is this better deal?” or “What’s the unit price on this BOGO?” On the other hand there are times where you might say “the more I spend the better product I get” but this is when you must ask yourself, is the sky really the limit? What about when you are looking to purchase a home, do these rules still apply? No matter what your situation is, there are guidelines that will help steer you into YOUR affordability range for a home.

There are several “rules of thumb” often used to help people estimate the size of mortgage for which they might qualify. Besides understanding that you will have to pay for this every month, even if money gets tight, there are items that lenders look for. Lenders will often qualify people to borrow between 2 and 2-1/2 times their gross annual income. However, keep in mind that lenders are often willing to approve a larger loan than homebuyers feel they could comfortably afford or want to assume. This is what I like to refer to as the grey area where there is a huge chance you shouldn’t encroach on but you may want to just to see the difference between what you can comfortably qualify for and what would “make things tight” each month.

Another rule of thumb is that people should spend no more than 28 percent of their gross monthly income on housing expenses. (Monthly housing expenses include the principal, interest, property taxes, homeowners insurance and private mortgage insurance, when required). These are the expenses that typically are not carefully considered and can fluctuate greatly and push you into that grey area I was referring to. The information on these variable expenses is not hidden you just need to be aware of them. For example if your taxes are $2K a year and the HOAs are another $240 each quarter that this literally bumps your payment another $250 each month.

To put this into perspective you may be purchasing a smaller place in a more convenient location with a mortgage of $1450 each month while you could be searching in a different area with no HOAs and cheaper taxes bringing you closer to a $1200 mark. One more additional tip is that your monthly housing expenses and other long-term debts should not exceed 36 percent of a household’s gross monthly income. The best examples for long-term debt could be items like student loans and car loans. Of course you have already considered this against your monthly budget but when qualifying for a home loan these are items that are added during the process.

We will consider this the very first step on the road to homeownership. The nice thing is that when you are able to complete your footwork upfront you allow yourself no surprises and a confident look into whether this is something you can really afford or if the timing just isn’t right.

If you are currently in the process of buying a new home in Florida make sure to use the resources on www.MoversAtlas.com to help you make an informed decision on where exactly you want to live! 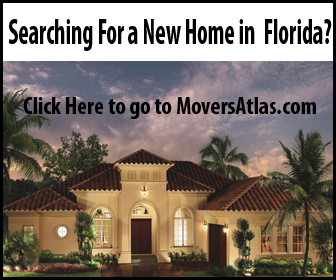 If you are a fellow Floridian you are probably familiar with the saying “we live where you vacation” and there is a good reason for it. Florida has a vast array of vacation spots which is great if you are a local looking for a “staycation”. The glorious 3 day weekends where you don’t have enough time to jump on a plane and fly to another state or don’t really care to spend the money for a family of 5 to travel across the country. There are a ton of hidden gems in Florida that are perfect for a weekend staycation or a full blown vacation for Floridians or those from other states as well!

First on the list, located just west of Ft. Myers, is the tiny town of Matlacha. A perfect island getaway for rest and 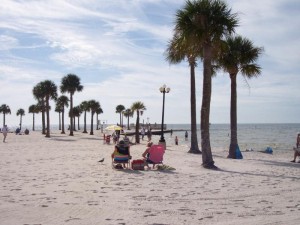 relaxation. Maltacha, FL is known as being a quiet fishing town with art galleries, shops and excellent eateries. The city is tethered to the mainland by the “Fishingest Bridge in the U.S.A” over the Matlacha Pass.The area is surrounded by dozens of mostly empty islands ideal for anglers, kayakers and of course island drinks.

Just adjacent and almost one in the same is Pine Island which offers a peaceful stay with waterside accommodations in historic hotels with fun for everyone. The land on this 17-mile-long slice of Old Florida is largely home to plantations replete with palm, citrus, avocado and mango trees. With very sparse traffic this island is ideal for cycling on its bike and running path from one end to the other.

Next stop is Florida’s Cabbage Key and Cayo Costa. This area is a perfect island for nature lovers, with more than 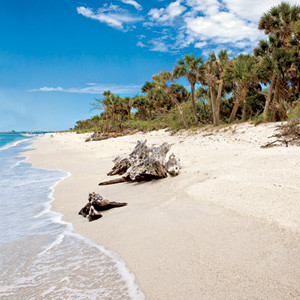 six miles of white sand, shells and Gulf-tossed driftwood. The most well-known place to stay is the Cabbage Key Inn and has 6 rooms in the main building which was a house built in 1928 and converted with the addition of seven additional cottages. If you are looking to sample the surf you can rent a kayak or motorized skiff to check out the nearby Cayo Costa state park which you can also get to by ferry. There is also a rumor that a patron by the name of Jimmy Buffett was actually inspired to write his song “Cheeseburger in Paradise” here.

The last stop is a little bit north of Tampa known as Cedar Key. This quaint, old-fashioned, Old Florida vacation spot offers lovely beaches, exceptional fishing opportunities and lush natural preserves. The houses and stores sit on stilts to stay above sea level. The Island city offers excellent food and a vast array of all different kinds of clam chowder from both wild and fresh farm-raised clams from the USA’s top clam producing community.

The truth is, all of these destinations have their own unique characteristics that will surely offer a great time for all.

I must warn you, once you arrive to any of these destinations you are automatically inducted into “island time”. The question is how will YOU spend it? If you are looking to extend your stay and buy a vacation property in Florida make sure to use the real estate research tools on www.MoversAtlas.com.

7 of the Best Small Towns in Florida

You may have had the experience of living the big city life and bouncing around places like New York, Los Angeles, or Miami. You may also have lived the downtown high rise building condo or apartment life style. Depending on your age and personality that can be a great time and perfect for your situation, with the easy access to public transportation, your workplace and tons of hot spots for food and drinks.

Big cities definitely have their perks but these next 7 places are rated among the top 20 small cities in Florida. I can’t say whether you would like living in a small city but you should really consider these amazing little Florida towns. Even if you live in Florida currently or visit here a lot you may not have a clue where any of these places are.So keep reading to discover some of the best small towns in FL!

Dunedin small town near Tampa, FL named after Edinburg, Scotland. An active town hosting more than 25 festivals each year. Dunedin has beautiful beaches and is home to Caladesi Island Park which is only accessible by boat and is actually one of the last undeveloped barrier islands. The beaches in this park are often listed in travel guides as some of the best in the entire world.

Fort Myers, Florida is a city that many are familiar with, this place is a favorite for many as it sits on the Gulf of Mexico offering excellent golfing and yachting that can be enjoyed almost year around. Fort Myers was a winter home for both Henry Ford and Thomas Edison and was a favorite destination in the early 20th century.

Of course a destination being in the Florida Keys would have to be included in this list. Islamorada It is located in the southern part of Florida just after Miami. The city is a “Village of Islands” with a population of 6,500 the community hosts a steady stream of short and long-term visitors swelling the population.

Safety Harbor, FL has a true small town flavor with fewer than 17,000 permanent residents. The closeness to Tampa provides access to all the amenities and attractions of an urban area while allowing this small town to be untainted for decades.

While this town is not on the beach it does have a lot to offer while still being just a jump and a skip away from the shore. The Villages has a population just over 8,000 and is quickly growing with excellent economic benefits, small businesses and light industry. The town continues to call itself Florida’s Friendliest Retirement Hometown and considers itself the healthiest hometown with numerous health facilities and medical services.

Naples, Florida is another small town that is fairly well known, the upscale Florida city has a population of 20,000 and boasts the 2nd highest concentration of millionaires per capita of any American city and the 6th highest per capita income in the country. Many homes in the area sell for $50 million or more. Although Naples does not just house the wealthy, it also has a large number of retiree residents and many residents that work in the tourist industry.

Located on the Gulf Coast, Bonita Springs is known for being the northernmost Florida city with a tropical climate. The most popular beach, Bonita, is actually a barrier island separating Estero Bay from the Gulf. According to the Florida Tourist website, one of the most popular attractions is also a well-known eco-tourist destination, The Everglades Wonder Gardens. This attraction first opened in 1936 and has numerous exotic animals and birds, including flamingos and bears.

By all means this list is not inclusive of all the great small towns in Florida but these are definitely some of the best little cities! You may love the big city you live in but these places could be an excellent destination for vacationing or a great place to move when you get bored of the big city or decide to settle down and start a family! The majority of them are on the water but the cost of living is still reasonable and will support most any income. Their economies are also doing very well and have many great opportunities much like other larger cities in the nation with great jobs and economic growth.

If you are considering moving to one of these awesome small towns in Florida make sure to research the neighborhoods and communities on MoversAtlas.com! 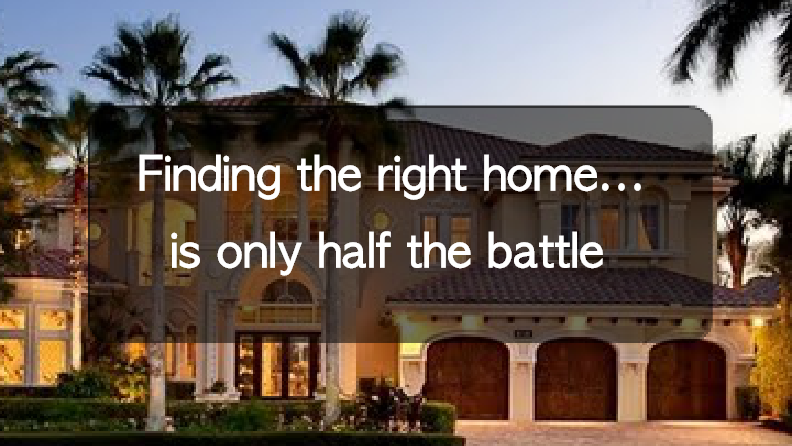