The 5 Fastest Growing Cities in Florida

Whether you like living in a highly populated city or not, it is no secret that larger cities often times have a lot more to offer. In regards to economic growth of a particular area there is a direct correlation between the growth rate of a city and 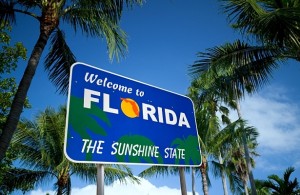 such things as higher employment rates and better housing markets among many other positive benefits. The nice thing about population growth in a particular area is the hidden driving factors like a new industry or large business moving in or it may be just a desirable cost effective area to live.  Whatever the reason is, just remember that if you want to benefit from a booming city than the earlier you jump on board the better.  Florida has many great cities but here is a list of 5 of Florida’s fastest growing cities.

First and foremost and probably the largest city in the state, Orlando, known by the locals as “The city beautiful” with a population growth rate of 1.82% and a fantastic unemployment rate of 5.76% which is several points below the national average.

Second is a smaller town of Cape Coral which is direct neighbors to the more well-known town Fort Myers.  The population growth rate of Cape Coral is currently around 2.41% and yet still a low unemployment rate of 6.22%.  Surprisingly this city was one of the hardest hit during the economic housing fall, good to see its coming back.

Next we are brought to Palm Bay, Florida, while on the east coast this is a great beach city having a population increase of around 1.53% and an unemployment rate at 6.6%.  The average income in this town is right above $60,000 which could be greatly supported by such companies like NASA, Boeing, Lockheed Martin and soon to be Northrop Grumman.

Coming in at number four would be North Port, Florida a location that piggy backs the more well-known metropolitan area Sarasota.  North Port is in a wonderful area on the west coast with white sand beaches, turquoise colored water and beautiful sunsets.  This town has boasted a 1.42% population growth rate along with a 6% unemployment rate.

Back to the intercostal geographic area, this small town in Orange County Florida known for its rather large houses and the Arnold Palmer golf tournament Windermere makes the ranking at number five.  With about a 29% population growth since the year 2000 this has been a substantial increase even according the national level.  More known for its original basketball super star Shaquille O’Neal and golf legend Tiger Woods there is no question this is a very desirable city to live in.

Sure, getting on board with a city that is up and coming has its benefits but it wouldn’t be your first priority unless you were looking for purely investment purposes.  On the other hand you may be in a community that is growing with excellent supporting industry and opportunity.  If you are looking for more information on these communities I suggest using the tools offered on www.MoversAtlas.com.